Lycian Way is known as one of the world’s best long distance hiking routes nowadays. Located between Fethiye and Antalya, the Lycian Way consists of 540 km way-marked foothpath in the Tekke peninsula. The Lycians, established a union of independent democratic city-states known as the Lycian League. They had very high standards in arts, architecture and dominated the sea trade. While hiking through the roman roads, foothpaths and mule-roads near the sea one can come across the ancient cities of Lycian League, Byzantine monasteries and many Lycian graves and ruins. This program is the extended version of Lycian Way East, focusing more on the visits to the ancient cities and archeological sites.

Arrival to the hotel in Antalya

Once the capital of Pamphilia, Antalya is nowadays the holiday paradise of Turkey. Each member of the tour arrives individually to our hotel in Old Town. In the evening, you will meet our tour guide at the hotel and while drinking a çay (turkish tea), you will hear a short introduction about the tour. 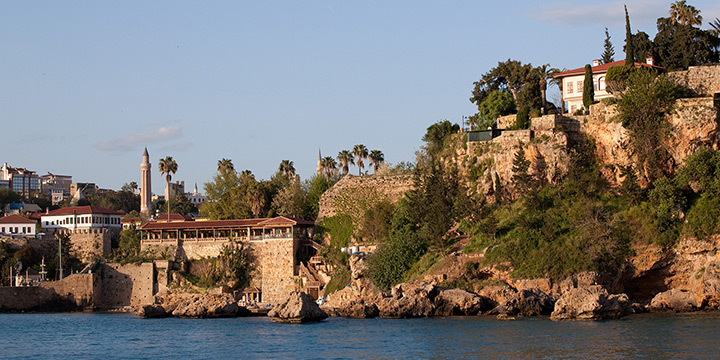 From Antalya to Kaş

After leaeving Antalya, our first stop will be the ancient city and bay of Phaselis, which was built in 7th century B.C. Its huge boulevard, bath and theatre will give you an idea of the glorious days of this harbor city. The next stop after Phaselis is the ancient city of Myra, which nowadays is inside the turkish town Demre. We will be seeing the Theatre of Myra, rock-cut tombs and the Church of St. Nicholas. After that we drive to Kaş, lovely town which is located in front of Greek island Meis, where we will be staying for the next two nights. 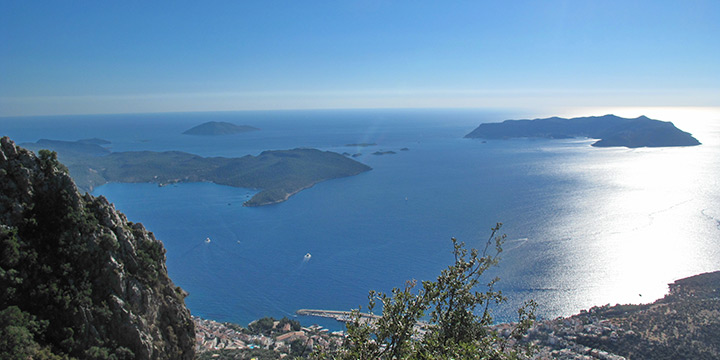 The first hiking in the Lycian Way

Our first hiking begins after we have a short bus ride up to the hill until we see the last houses of Kaş. Short after starts the footpath. We will be walking through olive trees and mediterranean bushes. The Greek Island of Kastellorizo will appear from time to time behind the trees. We will be having a short break in a local restaurant near to the sea. Our hiking will end at the liitle hamlet called Okçuöldüğü, and then we head back to Kaş. 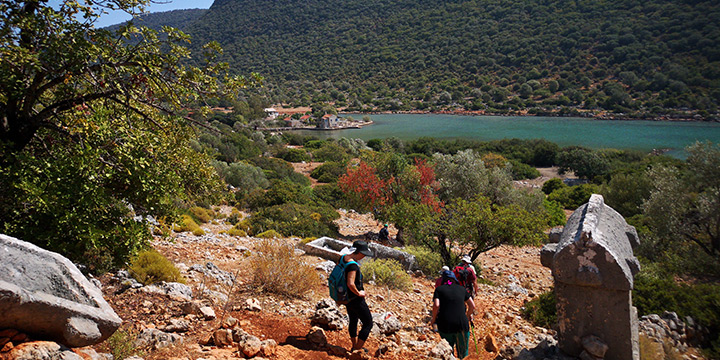 The archaeological site of Apollonia is the starting point for the second hike on the Lycian Way. We walk up through the sarcophagi and Byzantine acropolis all the way to the top. After that, the path will be taking us to another lycian city, Aperlai. On the coast of Aperlai, we will be eating grilled fish at a local restaurant. After lunch we will be picked up by a boat and head for Üçağız, the ancient city of Theimussa where we will be staying for the night. 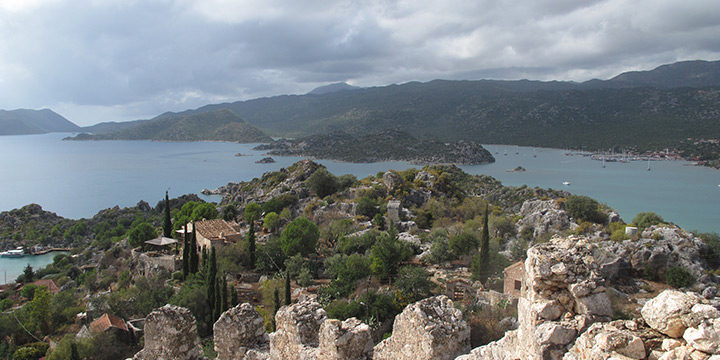 Discovering the Kekova Island and Simena

On this (optional) boat tour we will be visiting the various bays surrounding the Kekova Island therefore bringing a swimsuit is essential. After the lunch we will make a break for seeing Kaleköy (Castle's Village) or Simena. At the end, our bus will be taking us from Üçağız and we will head to Adrasan, where we will be staying for three nights. 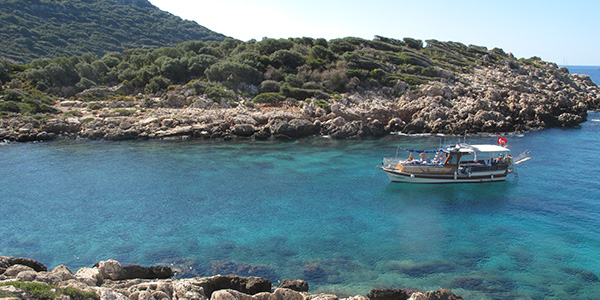 On this day, after a short bus ride to Karaöz, we will walk along the wild medittranean coast. There will be many spots where you will be enjoying the striking views of the sea and cliffs. Cape Gelidonia and its ligthouse is definitely one of the most exciting spots of this trip. We will eat our meal with a beautiful view of the islands. 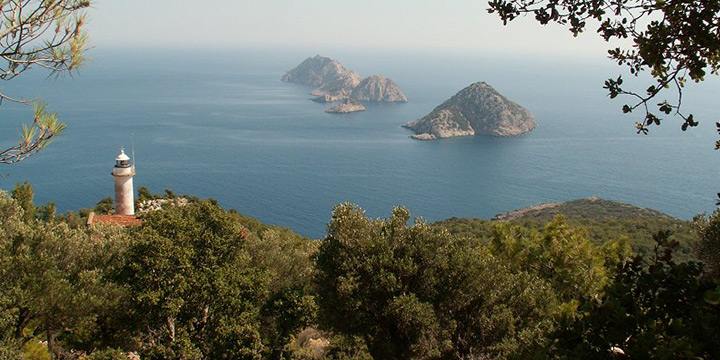 We will find ourselves in Olympos after a short ride, which is also next to the Çıralı beach. While climbing up to the hill you will be remembering the famous legend of Bellerophon, as you will be seeing soon the eternal flames of Chimera. Nowadays it is known that the fire has been here for thousands of years. After these impressions we will move to Ulupınar ("the Great Spring") where delicious trout will be served as our farewell lunch. 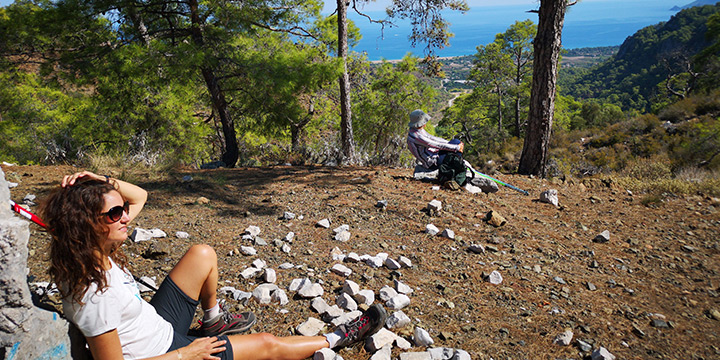 We will have a slightly later breakfast compared to the previous days and have some free time. We expect to leave the hotel around noon. Some of you may get off from the bus at Antalya city center. The bus will continue to the airport for those who want. 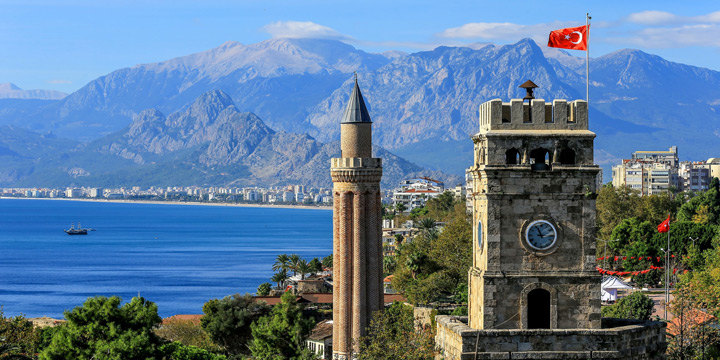 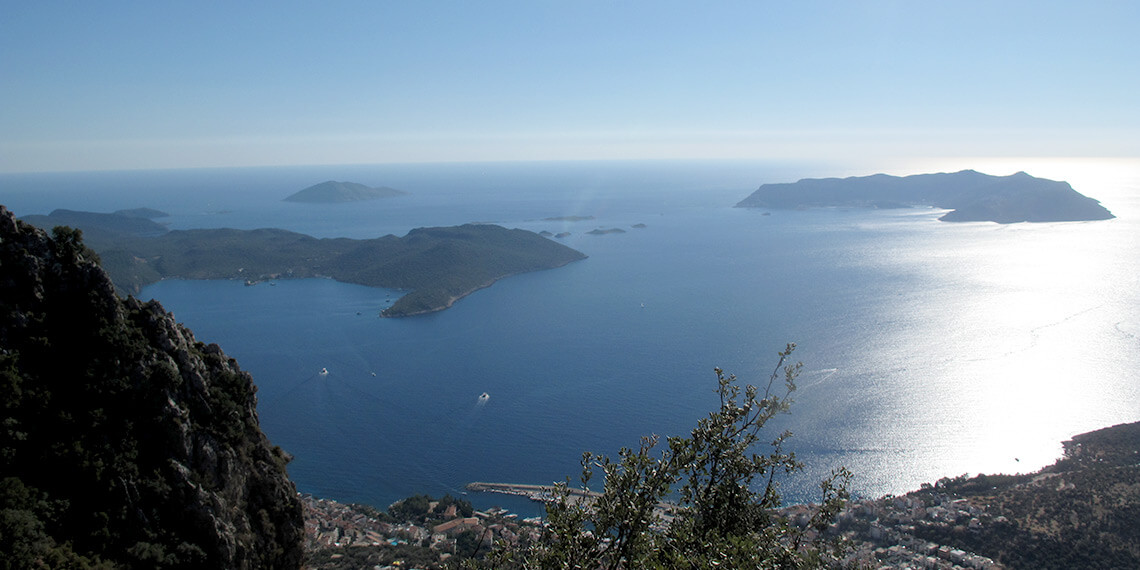 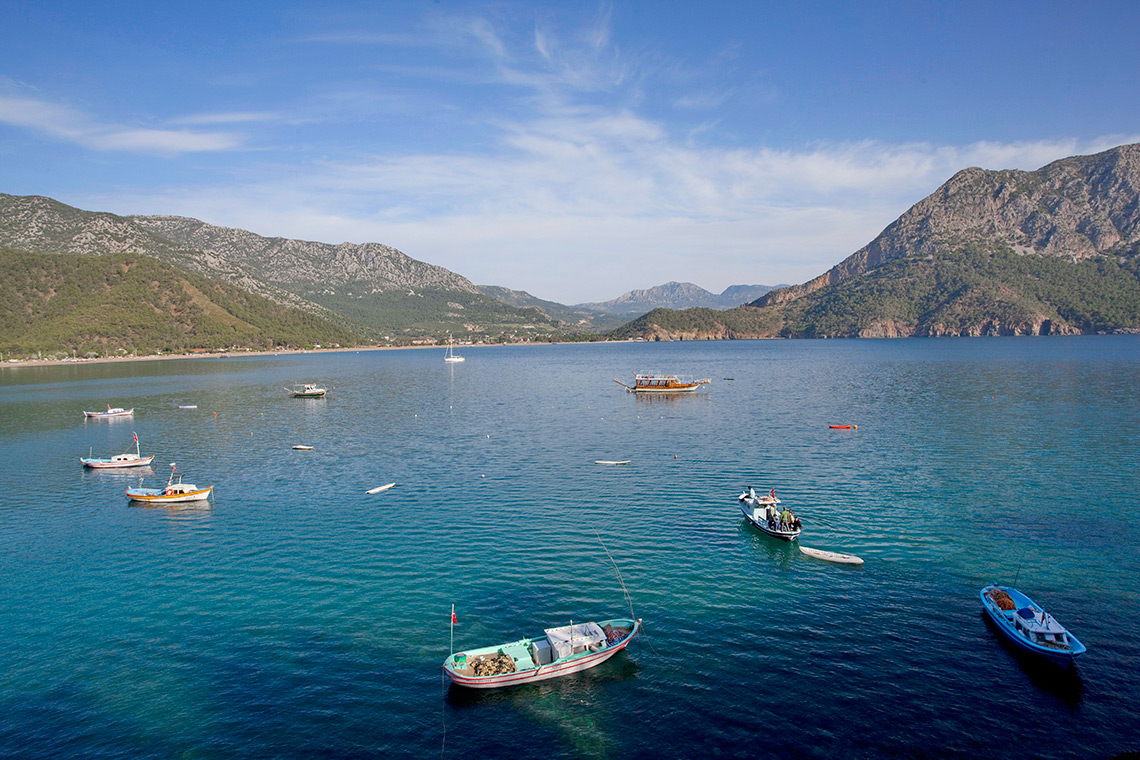 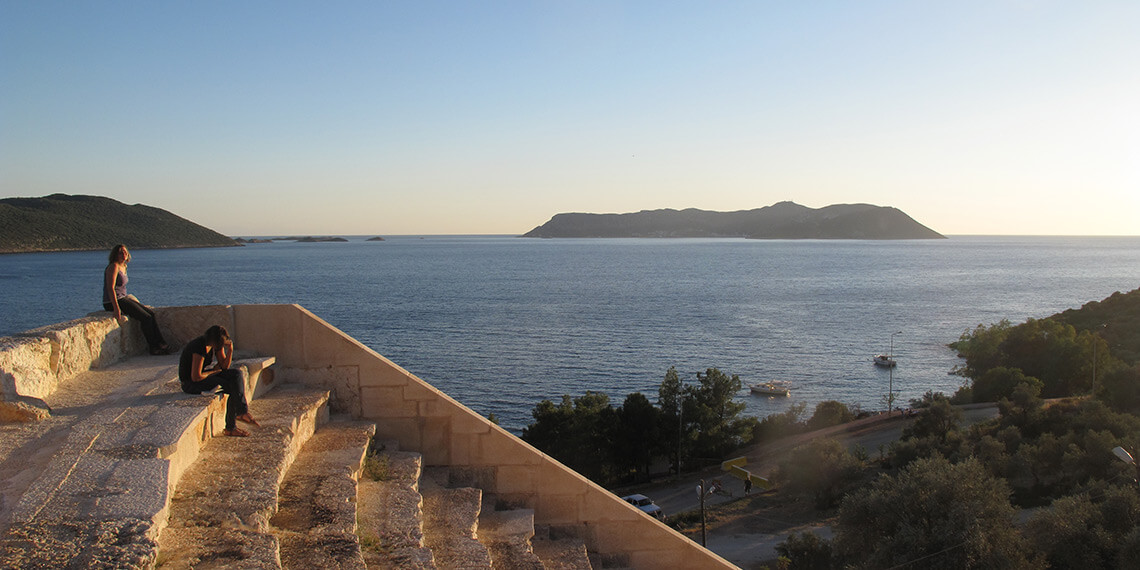 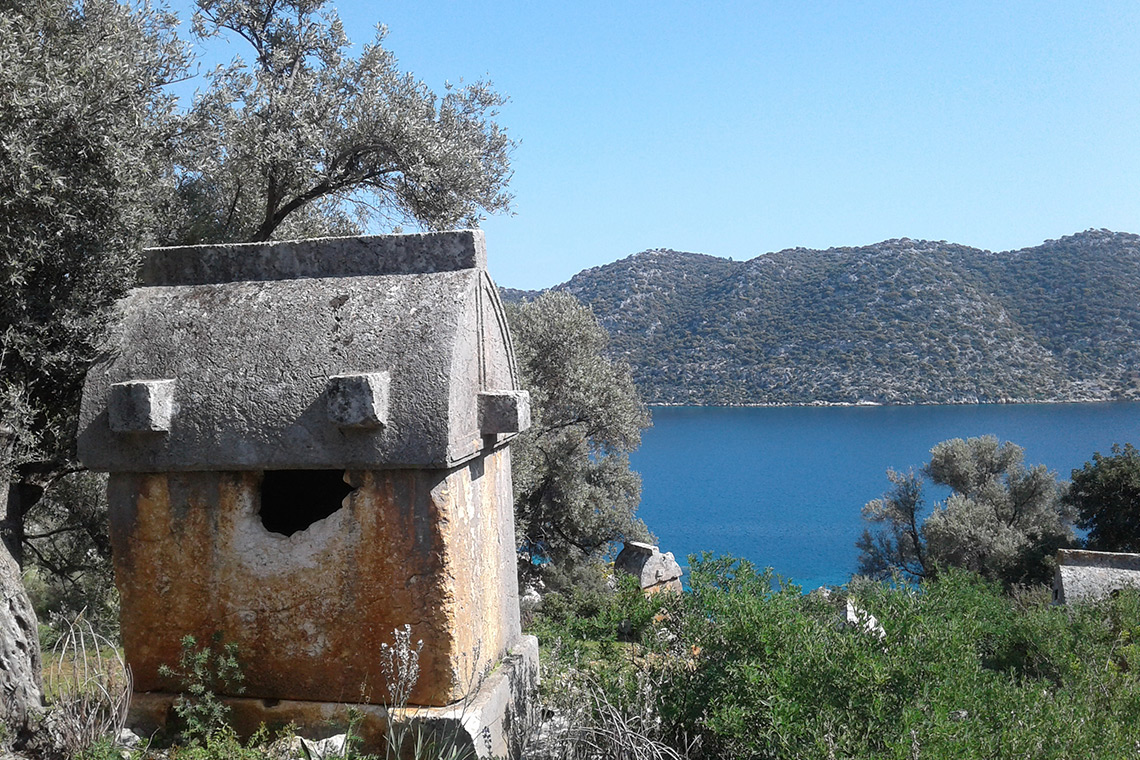 April – May / September – October are the ideal seasons.
450 Euros for 10 paying guests. 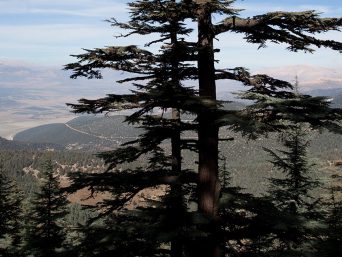 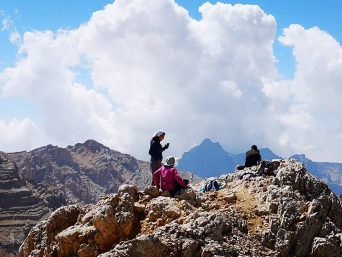 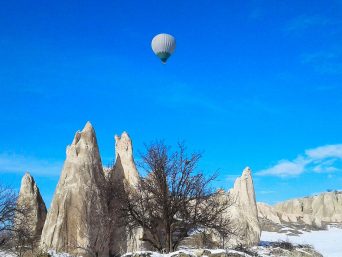 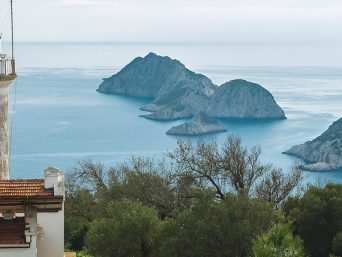